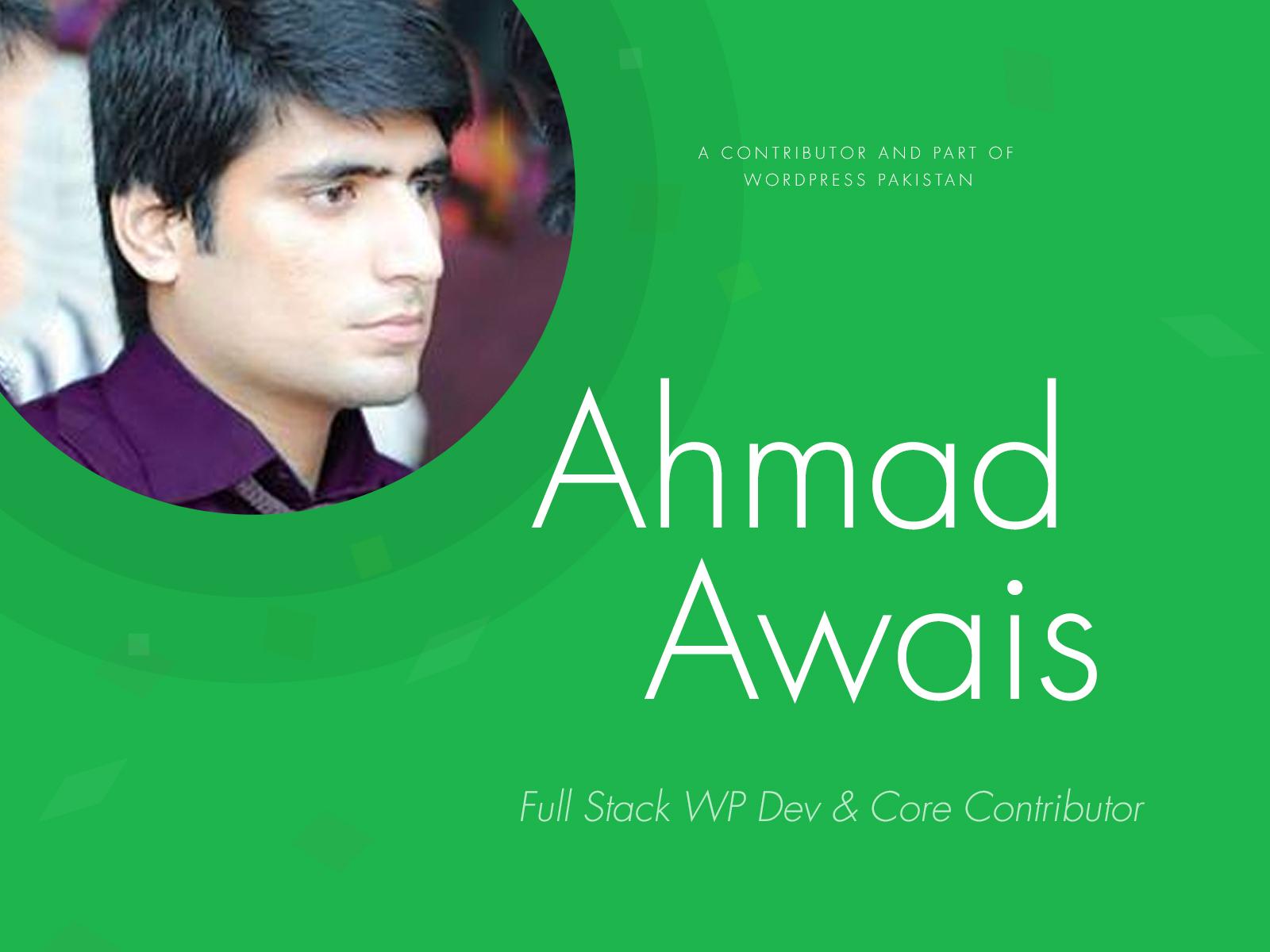 1. Can You Tell Us a Little About Yourself? How Are You Related to WordPress? Why did you Start WP-Pakistan?

Sure, I am Ahmad Awais. I am nothing more but a regular full stack WordPress developer who loves to write, talk, build and share everything about WordPress. I have had been contributing to WordPress Core since WP 4.1, you can call me a front-end fanatic and an accidental designer. I love to create optimized but advanced workflows to produce crisp pieces of Open Source software.

Well, I am a WordPress developer for last nine years. I wrote about it in my commitment to WordPress and this part of my life is called … WordPress at HeroPress.

I started WP-Pakistan to help build a local WordPress community.

WP-Pakistan.com is an initiative to curate a WordPress focused agile & active community of developers, designers & bloggers in Pakistan.

In 2011, I started to get involved with WordPress community, at that time I start WP-Pakistan as a way for a group of us to conduct WP specific workshops. Later in 2014, after about 30+ workshops and free traning sessions, we conducted a WordPress Week, with 700+ participants it is the biggest local event about WordPress in Pakistan.

Can You Tell Us About Your Open Source Contributions?

One of the people I am most inspired by is Matt Mullenweg (co-founder of WordPress). I haven’t ever got a chance to meet him in person, but in 2014 when he wrote about Five for the Future, I committed to open source contributions in my new year’s resolution. To which, I contributed 10% – 20% of all the productive time I had in every single month of 2015.

While my contributions are pretty negligible and insignificant, I did spend a good deal of time in these repositories, reading the source code and getting the hang of GitHub, throughout this year. I used a simple Perl script (here’s my gist) to fetch all this data and then hand picked a few of them.